16th and Mission is a musical performance telling of the relationship between creator, medium and machine. With each new project one sits down to sew there is a conversation that opens between these three elements. There has been relief, frustration, illumination, and everything in between transferred and caused by all elements involved. This project came about from wanting to explore this and realizing the musical possibilities built within the mechanics of the machine itself.

The musical piece in comprised of two sewing machines and a garment that is wired up as a sort of musical score. As the garment is sewn together, switches are closed and a wired needle makes contact with conductive fabric to create a melody. It’s recorded, looped and effects are added through custom mods made to the machine and guitar pedals. The second machine is sometimes added to create a background drone as the needle pulses up and down through conductive fabric.

A LilyPad and Diecimila Arduino board capture sensor and switch data which is wirelessly transmitted using XBee radios to a laptop. All sound generation and manipulation is done by using this data to change and trigger various elements in a Max/MSP patch. 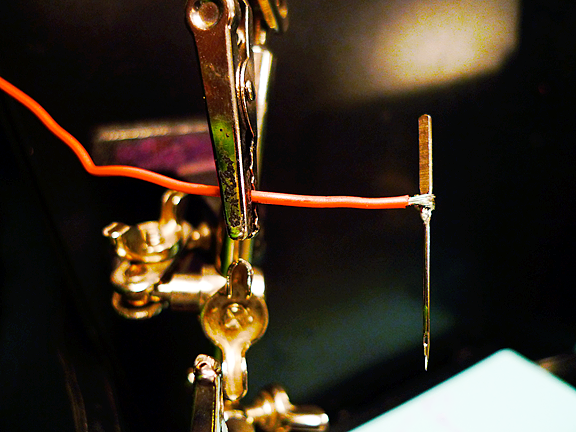 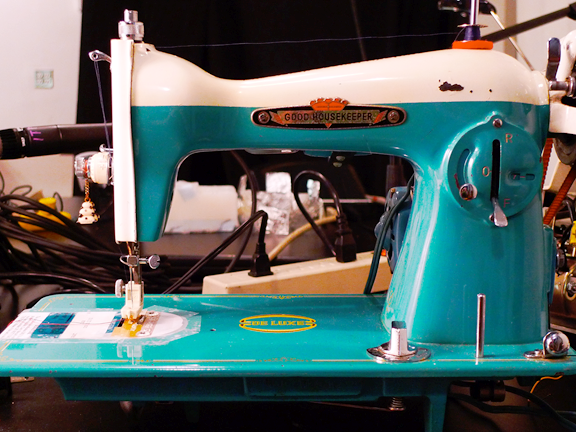 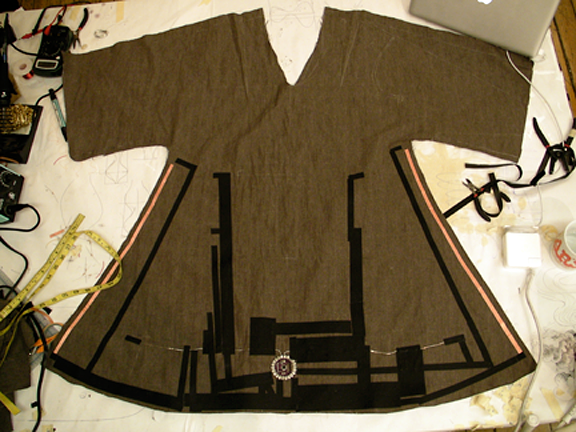 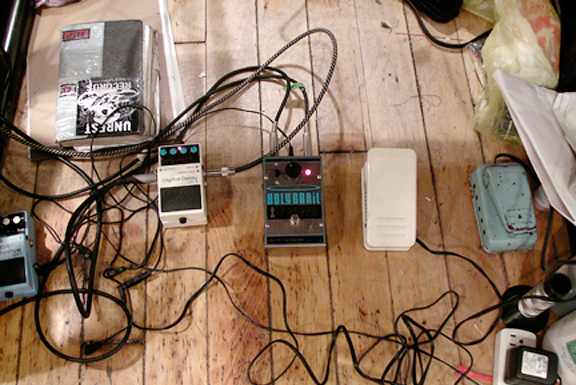